Siam University is committed to green and clean campus. Many programs have been constantly initiated for the 3Rs (Reduce, Reuse and Recycle) in accordance with the “No Plastic and Polystyrene” and Waste Management Policy to help reduce CO2 emissions and make it one of the driver for the “Carbon Neutrality 2045” Policy.

The “Reuse” initiative continues to encourage all SU members to reuse paper and double sided-printing paper in addition to the use of cloth bags, personal drinking bottles and cutlery sets. In the “Reduce” initiative, Siam University is one of the first badge to join the “Ecolife” Application Campaign since July 5, 2018. This campaign not only supports SDG12 but also initiates tree planting project with the Electricity Generating Authority of Thailand (EGAT) which will drive the accomplishment of SDG 13 and 15. Other initiatives include “Digical ID Card” of the Registration Office and the Admission Office, “Less Paper” application of the Administration and Persident office, and the “Strong Siam” application launched in March 2019. As for “Recycle”, in addition to “Zero-Waste Program” and “Eat & Pick: Smart Canteen” and “You Turn” project, the Faculty of Engineering has invented “Intelligent Trash Bin” to use in the campus andnearby communities and Phasicharoen District office.

Recent initiatives in the campus this year is the “Happy Station” where ones can bring their own container to refill herbal liquid from Sirin and Friend community and the students have worked with Phasi charoen district to campaign the use of waste sorting bin. Furthermore, the “Ruks Siam” student team has joined the “Children and Youth Role Model” of the National Identity Office ,Office of the Permanent Secretary, Prime Minister's Office. Recognizing that organic waste has become problem, the team proposed recylcle program and received “Ploy Level” or good award. 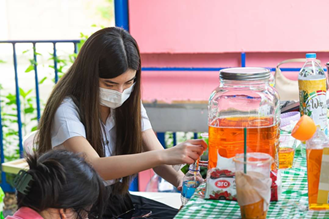 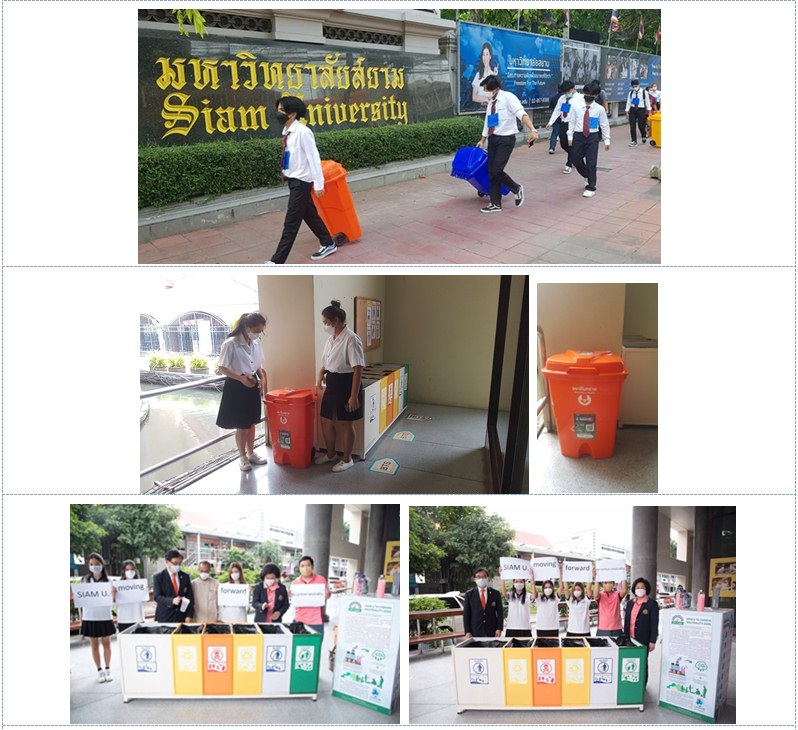